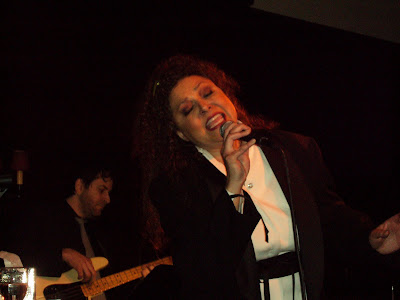 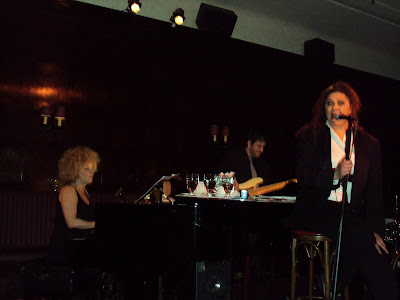 Tony nominated actress, composer, director and singer, Lonette McKee, is in New York appearing at the Oak Room in the Algonquin Hotel, located on West 44th Street in Manhattan.

Most noted for her performances in "The Cotton Club," "Jungle Fever," Round Midnight," "Sparkle," "Malcolm X" and "Which Way Is Up?" McKee gives her audience an outstanding show filled with songs from her films and Broadway appearances as well as from her CD "Acoustic Tracks."

There are some people placed on the earth to look after those wee ones in nature that are often neglected. In Lonette's case, it's birds. "I cannot tell you the number of birds that I have rescued over the years. The funny thing is, I do not go looking for them, they seem to find me. I can be walking down the street and find a bird with a broken wing, as I did when I discovered a bird while walking in a rainstorm. The bird was on the verge of being washed down into the street drain. I scooped it up and took it to the vet. I have also found wounded birds on my front porch. They allow me to pick them up and nurture them back to health. It's almost like they seek me out so I look at this as a blessing. I have become so fascinated by birds, I composed a song entitled "Watch the Birds," which is on my CD "Acoustic Tracks" said the talented songbird. "Acoustic Tracks" can be acquired via Amazon.com and/or at CDBaby.com," said the singer who has been performing since she was a very young child.

"I was writing music lyrics and composing songs at 7 years of age. I began playing keyboards and recorded my first record at 14. It became a local hit. I was called a child prodigy but I do not personally see it as that. I actually thought I would have a career in music but have become better known for my roles in film. However, I have learned to do many things: write, direct, sing, compose, act and even do infomercials, so that I can always find work in the entertainment business" remarked McKee who wrote the title song for the film "Quadroon" when she was 15.

Ms. McKee is no stranger to Broadway. In fact, she won critical acclaim for "The First," her Broadway debut performance. She also appeared in Show Boat, becoming the first African American to perform as "Julie," a role which won her a Tony nomination. Her one-woman show about the legendary Billie Holliday brought her a Drama Desk Award nomination as well as won Lonette national acclaim.

During her career, McKee has worked with such luminaries as Hal Prince, Spike Lee, Francis Ford Coppola, Richard Pryor, Louis Gossett, Jr., and Halle Berry to name a few.

As a composer, she scored the music for the cable documentary featuring the African Burial Ground located in Lower Manhattan. "To see how the bodies were buried and placed one on top of the other, was really a poignant experience. I recognized some were women since they still had on their African jewelry. But mostly, because I could see that some of the bones held babies in their arms," stated McKee sadly. "That really left a major impression on me, one that is not so easily forgotten."

The CEO of her own production company, Lonette Productions, Ltd, Lonette works in partnership with Nicole Franklin to write, develop and produce documentaries, feature films, and music and television concepts and productions.

A Detroit native, McKee thinks of New York as her second home. Interested parties can listen to her interview with me in the archives section of Blakeradio.com, Rainbow Soul, or visit her website at http://lonettemckee.com.

Lonette McKee will be singing at the Oak Room until April 30, 2011. Be sure and catch her there.
Posted by Deardra at 7:01 AM